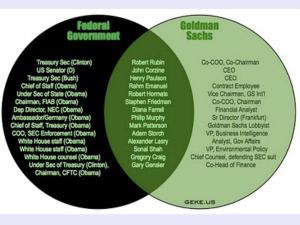 COUNT I
FHFA’s Conduct Exceeds Its Statutory Authority As Conservator

The purpose of the warrants was to drive the stock price down to next to nothing.”

“Potentially accelerate recognition of losses prior to 2012 (there is currently a $180 billion difference between the GAAP and Fair Value balance sheets of the GSEs) Here they not openly recognized the billions of dollars of profit sitting on Fannie and Freddies books but they acknowledge that they maintained some control as to when they would be recognized. Which as we now know they waited till after the 3rd amendment sweep was signed ensuring that all of these profits would go directly to the U.S. Treasury.You will remember back in September the Blackstone presentation came to light in which Blackstone advised Treasury that they could use the soon to be had windfalls to recap the GSEs. At that time, Treasury tried to downplay this by claiming that the presentation had come unsolicited, implying that they may not have even read it.The latest revelations prove beyond a doubt that they knew exactly what they were doing.

DOJ said: :”Internal pre-decisional and deliberative documents are not part of the court’s record in a case challenging administrative action”

[…]
Unlike every bank recipient of Treasury “Troubled Asset Relief Program” (TARP) which was loaned taxpayers funds to support their balance sheets, Treasury’s Grassley  letter claimed it’s $187 Billion infused in F&F was an “investment”—reflecting Treasury’s great risk and need for reward—and therefore F&F’s financial  obligation was ongoing and without end.

In the years following TARP, banks were permitted to pay off their borrowings—while charged only half the rate that F&F (5% versus10%) initially were charged—but like the Energizer Bunny, F&F just has to pay and pay and pay.

[…]
The GSEs already have repaid the taxpayers more than $40 Billion over the government’s “investment” of a $187 Billion.

Whether it matters in court or not, the letter exposed some truly head shaking Treasury thinking and highly suspect timing.

There has been about almost two years’ worth of media coverage noting in some way, shape or form, that the GSEs’ have repaid more than they were loaned, with that number now growing to $40 Billion with more on the way when the two announced their next quarter’s earnings.

But, when you are Treasury and make/change the rules (as they go?), you can call it whatever you want, especially if it helps covers significant political errors.

The other element I find funny—curious, not ha-ha–Treasury made its 2012 “sweep” investment decision to gobble up all earnings (and subsequently draw about 20 lawsuits—owing to its fear of the GSEs could be possibly “borrowing from Treasury to pay borrowings from Treasury” (isn’t that lending terminology?)—but this fear/justification about a penniless Fannie and Freddie occurred just as both companies were about to revenue ripen and burst into significant profitability.

There is at least one lawsuit challenging the legality of the imposition of the conservatorships themselves, and Mr. Sims makes a very good case as to why neither GSE required a bailout:

For my cases, we’re sticking strictly to the third amendment sweep; but, I support those who question whether Fannie Mae and Freddie Mac needed a bailout in the first place.

Tim Howard makes a great argument here as well: “During the eight years between 2003 and 2011, the combined revenues from Fannie Mae’s portfolio investments and credit guarantees grew irregularly but strongly, rising by almost 60 percent. The $162 billion in losses the company recorded from 2008 through 2011 was not due to a lack of revenue. Indeed, the $74 billion Fannie Mae booked in combined net interest income from its mortgage portfolio and guarantee fees from its mortgage-backed securities during the 2008- 2011 period was more than enough to cover not only the huge $62 billion spike in its actual credit losses (charge-offs net of recoveries, plus foreclosed property expense) but also its cumulative $9 billion in administrative expenses during that time. Put another way, all of Fannie Mae’s GAAP losses from 2008 through 2011 stemmed from accounting entries and judgments: principally the exceptionally large $70 billion increase in its reserve for future loan losses, and significant write-downs of a number of items on the company’s balance sheet (which are not possible to calculate precisely because of the complexity of Fannie Mae’s GAAP accounting).”
But the question remains were the GSEs required to increase reserves due to the massive write-downs that the crash brought? Were they legally required to impair the DTAs? If so then yes they needed to draw funds.
The point is that if anyone is going to make the bold statement that the GSEs never truly needed a penny it better be a documented fact. If not we risk becoming like our opponents, “making it up as they go along”.

Thoward717, Tim Howard will tell you that Fannie Mae had $40 Billion in capital when it was put into conservatorship.

He also wrote following trip Raines and Howard made to Omaha, Warren Buffett offered $5 Billion of financial support (which would have swayed others).

I don’t know enough about the quality of Freddie’s books, but I always thought that Fannie could continue to access the debt markets, if Treasury had taken a less aggressive step.